Is the Internet Disrupting Our Language, too?

If you run a business, you’ve heard a marketing or sales pitch about why you must have a Facebook page.

It’s hard to ignore the numbers. Facebook has nearly 1.4 billion active users worldwide. Of all adults who have regular access to the Internet, 72 percent visit Facebook once a month. In the United States and Canada, there are 157 million daily active Facebook users (44% of the combined population of 355 million).

Each day business pages on Facebook generate 5.3 billion likes. 5.3 billion. Every day. The average user has 130 friends, creates 90 pieces of content a month (posts, comments, photos) and spends 700 minutes a month on Facebook. The statistics go on and on, all pointing to the same inevitable conclusion: the world is on Facebook, and your business should be there, too.

And you know what? It’s free. Those schmucks at Budweiser paid an average of $4.5 million for each 30 seconds to advertise during the Super Bowl, and the giant brewing company only reached a lousy 114 million people (less if you assume bathroom breaks during commercials). On Facebook, you can reach a billion. For free.

As many economists like to remind, there ain’t no such thing as a free lunch. Facebook is no exception. It’s easy to debunk the “free fallacy.” Even a one-man shop who wants to build a Facebook page on his own has to devote time, which, economists also remind us, equals money. If you run a small business, you might need to hire somebody to build and manage your presence on Facebook. Larger businesses are likely to either divert other marketing resources to Facebook or hire somebody new to handle it. The dollars add up.

Then there’s the “audience fallacy.” Facebook is not a Field of Dreams. If all you do is build it, people most definitely will not come. Even if you write Nobel-winning prose with museum-quality photographs, no one will see your content until people start liking the page. Even after hundreds of Facebook users like your page, your posts and photos won’t get much traction until your fans start to like, share and comment.

Is it difficult to encourage people to like your page and then produce content that people want to read and share with their friends? Not really. There is plenty of material online, including on Facebook, to teach you. And it takes time, focus and often, a little cash.

Finally — at least for this article — there is the “sell more stuff fallacy.” It’s a simple extension of the first two. It’s free, so it’s easy to justify the “expense.” There’s an audience of more than a billion people, so if you convince just one in a million to buy something, you’ll have 1,000 new customers. Your sales destiny awaits.

Eh, maybe not. Because there are so many people and businesses posting content, and because Facebook wants to show only the content most relevant to each user, no one sees everything. That also means that your business page posts are not seen by all your fans. In fact, on average they’re only seen by 6.5 percent of your fans. If you’re a small business with up to 25,000 fans, the average is higher, 10.6 percent. That means if your Facebook page has 1,000 fans, only 106 will likely see any given post. That’s your real audience size, not 1.4 billion.

If you’re a small business, can Facebook help you sell more stuff? Maybe. If your business is set up for e-commerce you can create an online store on your Facebook page. You can post coupons or information about sales and deals (but remember, the audience is limited). I will tell you in no uncertain terms that if all you do is launch a Facebook page and post a few times a week, you will not sell more stuff.

Success on the Other Side of the Pitch

Small and medium-sized businesses can succeed on Facebook. They can grow audience. They can reach new potential customers. They can increase sales and even track them to Facebook. They can also use Facebook to talk with customers, learn about them and share with them. That kind of interaction helps make better customers and clients.

Given the present online and social media marketing environment, Facebook is a necessary and effective marketing tool for just about every business. Don’t let the fallacies of “free,” “audience” and “sell more stuff” inflate your expectations. Effective Facebook marketing is not free. You need to build your Facebook audience, and it’s not limitless. Facebook can help you sell more stuff if you inform, entertain and inspire your audience.

Have I missed any Facebook marketing fallacies? Add your thoughts in the comments, and let’s kick it around some more. 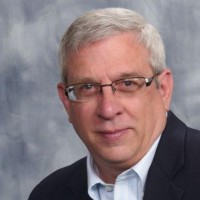